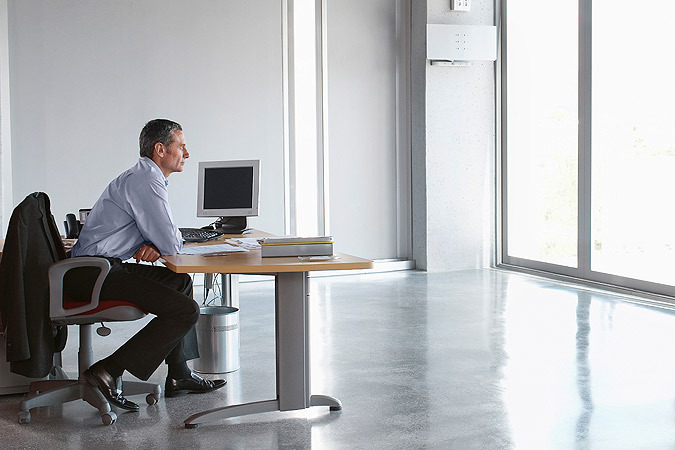 A plea for a sustainable approach

Barend Cronje, chief executive officer of CoLAB Project Implementation, likens the current state of project offices within organisations to the deforestation of the earth’s rainforests.

“In the modern environment of project delivery, much has been researched and written about the case for project offices which, for ease of reference, includes terms such as project management offices, project support offices and project delivery capabilities,” he explains.

“Empirical data supports the fact that project offices are considered a ‘must have’ during a growth strategy, yet it very quickly becomes an exploitable resource during the corporate ‘felling season’ when cutbacks and restructuring are on the table.

“Just as a big old mahogany tree takes decades to mature, the project capability of an organisation takes time to mature and grow, and one potentially shortsighted decision to cut it down will result in the destruction of years of growth which, ironically, will most likely be needed again in the future,” says Cronje.

Just like the felling of trees is not always visible or transparent, but results in less oxygen being produced, leading to global warming, disturbed habitats and various species becoming extinct – he says a similar impact on corporate assets is experienced when a project office is ‘felled’, impacting on both the project’s environment and the various interdependent components.

According to Cronje, the effects of the economic meltdown in 2009 resulted in a corporate ‘felling season’ where multiple project offices were destroyed in order to save businesses.

“Of course, it would be naive to argue a case for project offices never to be ‘felled’, but wiser to understand the implications when contemplating making these difficult decisions,” he says.

Cronje adds that the consequence of ‘felling’ the project office is not felt until the tide turns from basic survival to growth markets where projects, which were put on hold, are then expected to return to the same level as before they were suspended or stopped.

“The business expectation is that all the previous investment in capability has remained fully functional and should therefore easily get back to full project production,” he says.

However, Cronje believes the realities of the decision are quite different, and lists them as follows:

To address the above scenarios and propose solutions, Cronje has taken a practical project practitioner experiential and lessons-learnt approach from project offices responsible for large projects in the mining sector as well as smaller projects in the financial services, information technology and logistics environments.

Together, these selected projects cover the entire scope of a project office, including project portfolio management, programme management and project management.

In addition, many of the projects had to survive the 2009 economic crisis.

“The study undertaken was not to justify the importance of project offices, but rather to answer the question: Assuming project offices are really that important to organisations, then why are they still being destroyed so easily, and what can be done about it?” says Cronje.

“Generally speaking, very few executives, project sponsors and project owners (operational managers) understand the project management discipline or their role in the project sufficiently to fight for its cause,” says Cronje.

“Project communities, on the other hand, assume that their stakeholders do understand what they are aware of themselves. This is cause for constant miscommunication and hence misaligned expectations.

“The fact is, something as basic as terminology can keep a whole boardroom of people busy for hours while they talk past each other,” he adds.

“In the world of the operations manager, the focus is on reaching short-term ‘production’ goals and, although development for the long term is important, today’s business urgency invariably takes priority.”

Cronje says that, in contrast, the world of projects focuses on developing assets that will be used by the operation in the future and produce a return for the business.

Furthermore, he says that an organisation is often so unclear about the purpose of its project office that it becomes simply another fad or intellectual exercise, without being associated with both real business needs and quantifiable benefits.

“If the people who want a project office do not know why it is needed, then how can they expect their stakeholders to understand its purpose?” Cronje puts forward.

According to him, the real purpose of a project office is to maintain a favourable environment for projects to develop capabilities for the organisation to achieve its overall strategic objectives.

“Additionally, because the project office’s intent is ‘grey’, it is not strongly governed and, since support is a soft success measure, it leads to the project office having to convince its customers that it is needed – resulting in a constant battle for acceptance.”

He says that a challenge for most organisations, of which the core functions are not projects, is the lack of understanding of the need for both an operational and projects unit, aiming to achieve one single overall organisational objective as crafted in the company’s strategy and objectives.

“Unfortunately, many operation units do not necessarily understand this positioning and often tend to view projects as either a threat to their role or something that does not add real value to their core business,” he says.

“In practice, this tends to result in the average executive or operational manager forming opinions that lead to comments such as: ‘Keep this red tape away from my production environment’ or ‘Leave my resources to focus on my priorities’.”

When looking at the strategy development process in a business, the objectives are often evaluated by using the balanced scorecard methodology, the results of which are then translated into key performance areas and key performance indicators for operational management.

Strategic objectives are defined with an improved outcome in mind, most often focused on the financial- and customer dimension. Says Cronje: “These could roughly be summarised as needing to maintain existing business, grow more or new business, improve productivity or innovate and invent new business.

“Business objectives require internal capability in order to deliver on them.

“The capability either exists or needs to be established.

In designing the organisational structure, Cronje says it is interesting to note how most executives consider the importance of their project’s department by simply judging where the project office is positioned on the organogram.

“Invariably, the project office or the person responsible for projects is positioned three levels below one of the support services areas such as finance or information technology, or even categorised under a specialist discipline area such as engineering,” he explains.

“The result of this positioning indicates that ‘projects’ are a subset of an organisation and do not feature on the strategic agenda.

“Projects are thus seen as a nuisance, which one of the executive members defends and therefore tolerates, rather than actively supports as a key enabler to achieve the organisation’s strategy.

“Latest research has also indicated a strong case for a chief projects officer on the executive level reporting directly to the CEO, depending on the specific case, of course,” says Cronje.

“Important, though, is to acknowledge the reason for the project office’s existence before its positioning can be decided on.

“That is, alongside or underneath operations. Its purpose and what value it delivers must, therefore, be fully recognised.

“The capability maturity of the enterprise support functions, such as human resources, procurement and finance, determines the extent to which project capability maturity can grow, owing to the lowest denominator constraining it. With this in mind, the best value for investment can only be gained when both projects and operations units integrate and aim to improve their combined capability maturity,” he adds.

Cronje concludes that in order for an organisation to understand the need for a project office, it is important that it first understands the current project capability maturity level and the model being used to measure against. From there, a future capability maturity goal can be set over a two- to three-year period, with specific measures against which the project office is held accountable for tangible delivery.

“The maturity model needs to be measured across the various organisational enablers and is crucial to mature progressively across these enablers. It should not mature a single enabler faster than any of the others,” he says.

“Quite simply, unless project practitioners and executives take ownership for problems experienced, by educating the organisation and delivering to the needs and expectations of the business, project offices and the successful deployment of projects are destined to be ‘felled’.”

It implements simple and sustainable solutions, and takes accountability for the results thereof.

© 2022 CoLAB. All rights reserved.
We use cookies on our website to give you the most relevant experience by remembering your preferences and repeat visits. By clicking “Accept All”, you consent to the use of ALL the cookies. However, you may visit "Cookie Settings" to provide a controlled consent.
Cookie SettingsAccept All
Manage consent