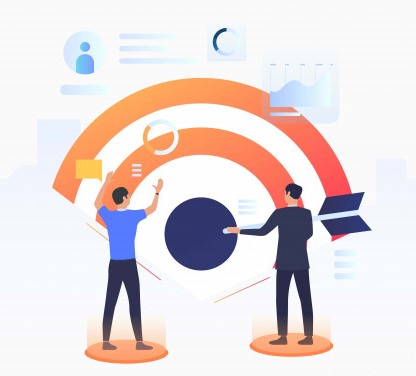 Poor cashflow is the biggest business killer. Cashflow is the oxygen of the business – without it you can’t breathe.  Having said this, getting rid of your bank overdraft is possible if you set it as a target, as we’ll see in this next story.

Kevin & Lucy are 2nd generation farmers who have expanded into manufacturing.  Due to many reasons they landed with a large bank overdraft and loss-making operations.

They diligently record their actuals and can tell you exactly what happened last month, and the month before. The problem was that they did not know if it was good or bad, as they had nothing to compare it against. (As the saying goes, “if you aim at nothing – you will hit it ever time”!)

They basically managed the business, based on what was left in the bank account.

We started working with them.  After setting a few targets against key drivers, they now have a guide for daily decisions, that will lead them into a healthy profit situation, and clear their overdraft in less than a year.

This Profit Improvement plan allows them to breathe and focus on building the business they’ve always dreamed of.

Planning for the future

Kevin went from feeling exasperated and overwhelmed, to planning for growth and expansion, as well as succession planning. Lucy feels released from carrying the burden of watching the bank overdraft.

Over time we all allow waste to creep into our businesses.  This often happens if we are generous, and then it becomes “unintentional charity”.  Rather have a line item in your P&L called “Charity”. Set a target against it, and you’ll find yourself channelling waste from other areas into “intentional charity”.

Setting targets is a single step in our signature “Profit Improvement” solution, where we help business leaders grow their profits in a #bestpractical way.

If you feel stuck, or frustrated with your business performance and want to talk through your thinking, then reach out to us on THIS LINK for a quick Discovery call.

Watch this video for the full story on Setting Targets: Take Aim at your Overdraft.

© 2023 CoLAB. All rights reserved.
We use cookies on our website to give you the most relevant experience by remembering your preferences and repeat visits. By clicking “Accept All”, you consent to the use of ALL the cookies. However, you may visit "Cookie Settings" to provide a controlled consent.
Cookie SettingsAccept All
Manage consent